Keith Campbell address: Beyond anthropocentrism in agricultural and resource economics 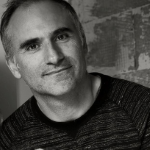 Nicolas is associate researcher at the French National Institute for Agriculture, Food and Environment (INRAE) and member of the Toulouse School of Economics. He works on decision theory and other fields such as environmental economics, behavioural economics and benefit-cost analysis. Recently, he has mostly worked on a novel topic in economics, namely the economics of animal welfare.
More on Nicolas can be found here. 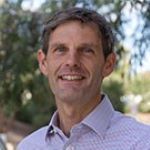 Jared joined the ABARES in 2018, leading the Agricultural Forecasting and Trade Branch. Prior to joining bureau, Jared worked for the OECD where he managed work related to agri-food trade policy, global value chains in agriculture and food security and risk (focusing on Southeast Asia) along with monitoring and evaluating agricultural policy developments in a number of OECD member and non-member countries. Jared has previously worked for the Productivity Commission on diverse issues ranging from Australia’s involvement in bilateral and regional trade agreements, domestic drought support policy to issues related to infrastructure policy and the challenges posed by an ageing population. Jared has a PhD in agricultural and natural resource economics from the University of Sydney. 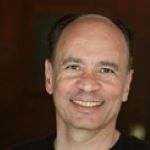 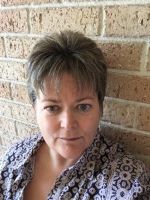 Val Snow is an agroecosystem systems modeller and Senior Scientist at AgResearch in New Zealand based at Lincoln. Her research focuses on: the development and use of models and tools to support land use policy development and implementation; innovation and sustainability in pastoral agricultural systems; and resilience in agri-food systems. Val is Editor-in-Chief of the journal Agricultural Systems and serves on the Editorial Board of Environmental Modelling & Software. She has also served on the reference Group of the APSIM Initiative for many years. Her research and leadership have been recognised with an award of a Biennial Medal from the International Environmental Modelling and Software Society in 2018 and in 2019 with a Fellowship of the Modelling & Simulation Society of Australia and New Zealand. 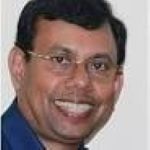 Dr Mallawatantri is the Former IUCN Country Representative in Sri Lanka, UNDP Assistant Resident Representative in Sri Lanka and USAID Director for Energy and Environment in Sri Lanka. He holds a Bachelors of Science Special Degree in Chemistry from University of Colombo, and a Doctorate in Soil Physics as well as a Master of Science in Environmental Science from Washington State University, Pullman, USA. He has also completed a Diploma in Business Administration from University of Colombo and is a Qualified Environment Professional (QEP) and a Chartered Chemist. He is a Sri Lankan National who has more than 30 years of experience in Project Management, Research, Consulting, Industrial Processes and University Teaching. Before joining IUCN, Dr. Mallawatantri served as the Assistant Country Director and Team Leader for Environment Sustainability and Disaster Resilience at the UNDP Sri Lanka Office. He has served in various leadership positions in his career, including as the Senior Advisor (Energy and Environment) at USAID and as Country Director for US-Asia Environmental Partnership.

Professor Hertel is Distinguished Professor of Agricultural Economics at Purdue University, where his research focuses on the global impacts of trade, climate and environmental policies. Professor Hertel’s most recent research has focused on food and environmental security and the impacts of climate change and mitigation policies on global sustainability, trade, land use and poverty. He established the Purdue-based project, GLASS: Global to Local Analysis of Systems Sustainability in 2017 which has since given rise to GLASSNET, a five year NSF-funded project aimed at building a network of networks (including GTAP, among others) focusing on sustainable use of the world's land and water resources. Dr Hertel is a 2022 recipient of an Alexander von Humboldt Research Prize. He is Fellow of the American Association for the Advancement of Science (AAAS) and also Distinguished Fellow, and Past - President, of the Agricultural and Applied Economics Association (AAEA) and an Honorary Lifetime Member (aka Fellow) of the International Agricultural Economics Association (IAAE). 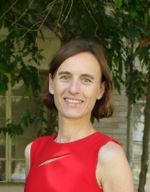 Associate Professor Marit Kragt is an Agricultural and Resource Economist undertaking research on people's preferences for environmental outcomes with the aim to improve environmental management decisions. As the inaugural director of the Centre for Agricultural Economics and Development at UWA, her research focuses on improving the sustainability and profitability of the agricultural sector. The Centre has a specific interest in sustainable agriculture, climate change mitigation, and international development. Among other academic roles, Marit also serves as Pro Vice Chancellor (Diversity & Inclusion) at UWA. Marit has gained a PhD and a Masters of Economics from the Australian National University and prior to moving to Australia Marit completed a MSc in Environmental Management and a BSc in Environmental Science at the Wageningen University in the Netherlands. 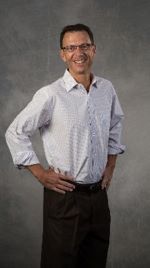 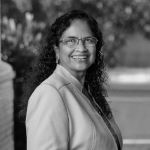 Saras Sarasvathy is a leading scholar on the cognitive basis for high-performance entrepreneurship. She has served on the editorial boards of top management journals and as Associate Editor of top entrepreneurship journals. Her scholarly work has won several awards, including the 2009 and 2015 Gerald E. Hills Best Paper Awards from the American Marketing Association and the Foundational Paper Award from the Academy of Management in 2017. Her book Effectuation: Elements of Entrepreneurial Expertise was nominated for the 2009 Terry Book Award by the Academy of Management. The research program based on effectuation involves over a hundred scholars from around the world whose published and working papers can be found at www.effectuation.org. Sarasvathy has also developed several cases and other instructional materials to teach effectuation. Her co-authored textbook, Effectual Entrepreneurship won the Gold Medal in the 2012 Axiom Business Book Awards. Sarasvathy serves on the board of Lending Tree (Nasdaq TREE), Upekkha, a SaaS accelerator in Bangalore, India, as well as on advisory boards for academic institutions in Europe and Asia. In addition to a master's degree in industrial administration, Sarasvathy received her Ph.D. in information systems from Carnegie Mellon University.

Stein Holden is a professor in Development and Resource Economics who has contributed extensively to capacity building of agricultural and resource economists in developing countries, especially Africa. His research interests include land tenure and land management, and he employs experimental and behavioural economics approaches and bioeconomic modelling using farm household survey data to investigate behavioural incentives, motivations and constraints to achieving sustainable development goals, including climate adaptation. Stein is also an active member of the new Centre for Land Tenure Studies established in 2011 across four Departments within the University of Life Sciences. Stein works in close collaboration with his current and past PhD students. Most of his PhD students have come from developing countries. Stein has published widely with a focus on disseminating policy relevant information drawing out of his research while ensuring the quality of work produced. Stein has a PhD, Development and Resource Economics from Agricultural University of Norway. 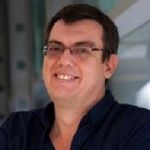 David Adamson is an agricultural economist who specialises in decision-making under risk and uncertainty. David holds an undergraduate agricultural economics degree from The University of New England and a PhD from The University of Queensland. He has been published in leading journals including Nature Sustainability, Global Environmental Change, Water Resource Research and Land Economics. He currently teaches ‘Trends & issues in the global food system’ and ‘Agricultural decision making’. His research focuses on risk and uncertainty and is applied to issues including biosecurity, water resources and climate change. David holds an honorary position at the University of Liverpool, UK dealing with one-health economics. His extensive consulting experience includes working for the World Organisation of Animal Health (OIE), USDA, The Uruguayan Government, and The Murray-Darling Basin Authority. In the area of water, David worked on The Garnaut Climate Change Review, was a member of the Murray-Darling Basin Authority’s Economic Modelling and Costs Analysis Technical Group, has advised Europe's largest Dam managers in Portugal on water allocation under a changing climate and held an ARC DECRA Fellowship dealing with maximising the benefits from restoring environmental flows. David currently holds an honorary position (one-health economist) at the University of Liverpool, UK, and in 2021 was appointed as an editor to Plos Water.

Tim is the Executive General Manager, Energy Markets at Iberdrola Australia (formerly Infigen Energy). In this role, Tim oversees the optimisation of Iberdrola Australia’s portfolio of energy production, energy pricing, risk management, customer sales and various other channels to market. He is also a member of the Westpac Stakeholder Advis ory Council and is on the Research Committee for the Centre for Policy Development. Tim is an Associate Professor at Griffith University and the Centre for Energy Policy and Research. He holds a PhD in economics for which he earned a Chancellors Doctoral Research Medal and a first - class honours degree in economics. Tim is also a fellow of the Governance Institute (FGIA and FCIS) and a graduate of the Australian Institute of Company Directors (GAICD). 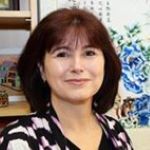 Anna Strutt is a Professor of Economics at the University of Waikato, where she has held an academic position since 1996. She served as Chairperson of Economics (2016-2017) and is currently Waikato Management School’s Academic Director Asia Programmes and Agreements (2019-2024). Anna was a Visiting Research Fellow in the School of Economics, University of Adelaide (2011-2017), where she completed her PhD in 1998. Anna is a GTAP Research Fellow at the Centre for Global Trade Analysis, Purdue University (2015-2018; 2019-2022). She is also a member of the Pacific Trade and Development (PAFTAD) International Steering Committee (2019-present), an Advisor to UNESCAP’s Asia-Pacific Research and Training Network on Trade (ARTNeT) (2020-present) and an Associate Editor of the Journal of Global Economic Analysis (2021-2024). Anna’s primary area of research expertise is international policy analysis, particularly quantitative analysis using global general equilibrium models. As well as publishing academic papers, she has served as a consultant or expert advisor to a range of national and international organisations, including: the Asian Development Bank; Asian Development Bank Institute; EU-VietNam Multilateral Trade Assistance Project (MUTRAP III); Food and Agriculture Organisation of the United Nations; Landcare Research; the Mekong Institute, Thailand; Productivity Commission, Australia; New Zealand Ministry of Foreign Affairs and Trade (MFAT); United Nations Economic and Social Commission for Asia and the Pacific (UNESCAP); United Nations Conference on Trade and Development (UNCTAD); and the World Bank.