The New England Branch holds its AGM by 31 March each year.

Details of past Branch seminars can be viewed here.

One of the longest-serving academic agricultural economists and a pioneer of non-market valuation, Jack Sinden died on 21st October 2015 in Armidale, New South Wales. Those who knew him will remember his dedication as a teacher, supervisor and an excellent colleague. Jack had an outstanding record in teaching, a first-class record in research, and an exemplary record of service to the University of New England (UNE) and the community.

Jack was born in 1939 in Kent and grew up on a dairy farm. Jack was a cricket tragic from an early age. He was opening bat for his primary school in Sussex “not just because I could bat, but because I observed that almost nobody could bowl […] including myself”[…] “I never tried to hit the ball – I simply tried to remain in. I was a successful stayer but I scored very few runs. I was eventually dropped from the team with a batting average of 4 but I spent at least 5 overs at the crease in every match […] as a result, I continue to have an abiding interest in the strategy and tactics of the game”.

Shortly after graduation, Jack was offered a position in Australia as a Silvicultural Officer with the Forest Research Institute in Canberra, now part of CSIRO. Jack endured a six-week sea voyage to come to Australia in 1965. In his own words, he was one of the last “legal boat people”.

In April 1966, Jack attended a forestry refresher school at UNE, at which John Dillon, then Professor of Farm Management in the Faculty of Agricultural Economics, delivered a lecture. According to Jack this was a turning point for him. He was impressed with Dillon’s presentation and decided to visit the Faculty, where he found the strong sense of purpose and direction very appealing. From then on, Jack was determined to obtain a position at UNE. He succeeded when, in 1967, he was appointed as a Lecturer. Jack went on to become an Associate Professor. He remained at UNE for 48 years, retiring only in 2011, after which he became an Adjunct. Recognition of Jack’s achievements came in 2012 when he was made a Distinguished Fellow of the Australian Agricultural and Resource Economics Society.

Jack commanded the respect of countless students, delivering over 6000 lectures to undergraduate students. His influence was profound, providing solid conceptual foundations as well as the inspiration to push the boundaries of theory and practice. Jack made substantial contributions to the development of curricula in resource economics, having developed a highly-rated first-year unit and published a widely-prescribed text in the discipline. His skills in explaining complexities to his undergraduate classes were renowned. Jack kept a card file of students’ names and would rotate through the file to learn the names and ensure that he asked every student in class a question to confirm they understood what he had just taught.

Jack was generous with his time, mentoring students and supervising a large number of undergraduate and postgraduate dissertations. He formed long-term associations with many of his students and continued to publish with them. Jack was the Graduate Student Coordinator (Masters) at UNE from 1994 to 2010. He was well known for his personal touch with prospective students and he was instrumental in attracting some of the best students who have been through UNE. Jack took his role very seriously and never missed a student seminar, where his contributions were always precise and insightful.

In his research, Jack was ahead of his time. He started thinking about non-market environmental valuation long before it caught the attention of the profession. Jack spent two periods of study leave at Yale University where he established an important collaboration with fellow forest economist Professor Albert Worrell, which led to the publication of their influential book Unpriced Values: Decisions Without Market Prices (Sinden and Worrell 1979). This was a path breaking book not only in Australia but also internationally as it pioneered thinking on methods that could be used to integrate environmental impacts into benefit cost analysis. These visits to Yale were especially fruitful as it was there that Jack met his wife Marly in 1973.

Jack also had visiting appointments at the universities of Oregon and Arizona where he established other fruitful collaborations. His approach to estimating the demand for environmental quality by recourse to the elicitation of utility functions and indifference was published in the American Journal of Agricultural Economics (Sinden 1974). This was a neat method involving additive linear utility within a simple game-theoretic framework. He applied this method in varied contexts and had his work published in Regional Science and Urban Economics (Sinden and Wyckoff 1976) and again in the American Journal of Agricultural Economics (Findlater and Sinden 1982). Other notable publications of Jack included his work on the disparities between willingness to pay and willingness to accept in The Quarterly Journal of Economics (Knetsch and Sinden 1984, 1987); and his papers on valuing soil conservation in Land Economics (King and Sinden 1988, 1994).

Jack’s main research passions were Australian Agriculture and Australian Forestry. Not surprisingly, over the past 4 decades, Jack’s research agenda straddled forestry and its effect on agriculture – especially soil conservation and the importance of native vegetation. It was indeed a natural progression for Jack to explore the impact of weeds on Australian agriculture and environment, with the production of an influential monograph on the economic impact of weeds in Australia (Sinden et al. 2004). Jack’s work on the carrying capacity of forests was a precursor to the conceptualisation of productive capacity in Environmental Macroeconomics – an area he engaged in since 2000.

Jack’s collaboration with Dodo Thampapillai, one of his early PhD students, resulted in the integration of many of the principles of non-market valuation in their book Introduction to Benefit-Cost Analysis, (Sinden and Thampapillai 1995), which became a prescribed text in universities throughout Australia and the world. As Dodo explains, this book was primarily Jack’s project to simplify and render the subject of benefit-cost analysis so that it was readily comprehensible to practitioners and students – and he (Dodo) was fortunate to be chosen as the junior author. Not surprisingly, many government departments such as the Australian Treasury and Prime Minister and Cabinet list this text in their reference list.

Jack helped Dodo to publish the second edition of Environmental Economics: Concepts, Methods and Policies (Thampapillai and Sinden 2013), which they completed while Jack’s health was declining. In characteristic style, Jack persevered and continued to go to his office until the job was done.

In 1997, Jack spent three months at the University of Agriculture at Faisalabad in Pakistan for a World Bank project. Here, Jack and Marly established enduring friendships with staff in the Faculty of Agricultural Economics and Rural Sociology. During their visit, they were fortunate to meet Imran Khan, the famous captain of the Pakistani cricket team, (and his dog!) by befriending a taxi driver who had the right contacts. This visit also led Jack to collaborations that resulted in several publications with his Pakistani colleagues.

Jack’s outputs included five books and nearly 90 papers in refereed journals. He was instrumental in bringing environmental issues to the attention of the economics profession in Australia. Jack had an ability to draw out the most important implications and recommendations from his research and make them understandable to policy makers. He was a leader in the debate regarding the effects of the Native Vegetation Conservation Act introduced by the NSW Government in 1997. His research (Sinden 2004 a, b) demonstrated that the Act imposed a large cost on farmers and he was instrumental in achieving an amendment to the Act. Jack made other important contributions, including chairing the National Industry Leadership Group for the Australia-wide Horticulture for Tomorrow Project.

Beyond his academic life, Jack was also a published model-railway builder, a competitive orienteerer, and a keen backgammon player, who kept track of all his games. At the time of Jack’s retirement from UNE in December 2011 the score was about 25,000 to 20,000 games in Marly’s favour!

Jack made a significant contribution to agricultural and resource economics over a long and inspiring career. Through his teaching, research and research supervision, Jack influenced generations of graduates, many of whom have gone on to leading roles in their fields, nationally and internationally. A multi-awarded teacher and researcher, Jack is survived by his wife Marly, his children and grandchildren, and a menagerie of pets.

Note: This obituary was compiled from several sources, including Jack’s 2012 AARES Distinguished Fellow Citation (AJARE Volume 58), his retirement speeches, his curriculum vitae , and accounts from his former students and colleagues. 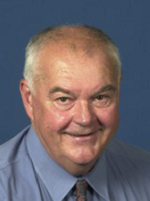