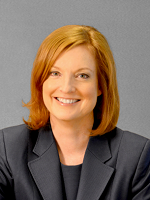 Deborah obtained her first degree - a Bachelor of Business Studies (Honours, first class) - in New Zealand from Massey University in 1982. This was soon followed by postgraduate studies in the United States at Cornell where she earned an MSc and PhD in agricultural and resource economics.

Deborah arrived in Australia in 1990 at the time of the wool reserve price scheme crisis. Working at the Australian Bureau of Agriculture and Resource Economics, she was part of a team which reviewed and designed transitioning arrangements associated with dismantlement of the scheme. This began a public service career with an emphasis on policy and program design, implementation and evaluation.

In 1995 Deborah took up a senior executive position with the Bureau of Industry Economics, leading research evaluating public sector performance in providing services to business and progressing the government's microeconomic reform agenda.

With the Productivity Commission from 1997 as an Assistant Commissioner, Deborah initially led Economic and Labour Market Studies and from 2000 headed Environmental and Resource Economics. As Assistant Commissioner and head of Environmental and Resource Economics, she led research in areas as diverse as water policy, biodiversity conservation, labour market reform, land use regulation and industry competitiveness.

A 2006 Visiting Fellowship at the French National Institute of Agriculture Research (INRA) in Montpellier allowed Deborah to focus on research on issues related to drought reform and water policy.

Deborah has been a Deputy Secretary in the Victorian Department of Primary Industries, heading the Policy and Strategy Group since 2007. This group provides policy services to the department and its Ministers on issues such as climate change, water trade and infrastructure investment and regulatory reform.

Deborah has authored professional papers in both Australian and international journals, as well as numerous other research reports, policy papers and articles. She has been a passionate advocate for evidence-based policy and the application of economic analysis to problem solving. In recognition of her outstanding contributions to public administration, she was made a Victorian Fellow of the Institute of Public Administration Australia in 2009.

Deborah has long been a strong supporter of AARES, and her participation in the society's activities has been considerable and varied. Over the years she has held various leadership roles at the State level, was Secretary of the Federal Council in 1995 and 1996 and elected President of the Society in 2005 and served on the masters and PhD prize committees. With Professor Rod Tyers, Deborah was the founding co-editor of the society's flagship publication, the Australian Journal of Agricultural and Resource Economics.