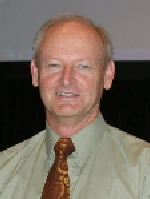 He was an undergraduate in the latter years of Henry Schapper’s headship of agricultural economics at the UWA. In the mid-1970s he graduated with first-class honours, majoring in agronomy and agricultural economics and then was employed by the state department of agriculture. In the mid-1980s, at a time when farm management research was fast losing its academic appeal, Ross and a small group of colleagues that included David Pannell, embarked on building and widely applying a bioeconomic farm management model known as MIDAS (Model of an Integrated Dryland Agricultural System). A suite of these models were developed for different regions and these models and their off-shoots have been vehicles for much research, research training and multi-discipline collaboration by scores of people over the last 25 years.

During his years as a researcher and government adviser Ross completed Masters and PhD degrees from UWA. In the late 1990s he began employment as a fractional academic at UWA, but his main role resided with DAFWA where he served in a range of senior roles before undertaking his current role as chief economist. A recent book on the history of DAFWA and its predecessors from 1894 to 2008 includes Ross in the list of its 50 most historically influential people.

Ross continues a multi-faceted role. He is the author of over 85 journal articles and book chapters, and over 170 conference papers and policy reports. His research interests and expertise in farming systems analysis have taken him to several developing and developed nations.He is a member of the research advisory committee of the Australian Farm Institute; a member of DAFF’s Expert Panel on climate adaptation R&D; an adviser to a range of R&D corporations; a founding leader of the Australian Export Grains Innovation Centre; a leader in the Primary Industries Adaptation Research Network; a supervisor of many honours and post-graduate students, and a regular speaker at farmer and agribusiness forums. He has served AARES on the Masters and PhD prize committees, been a co-editor of AJARE, and was president in 2009.